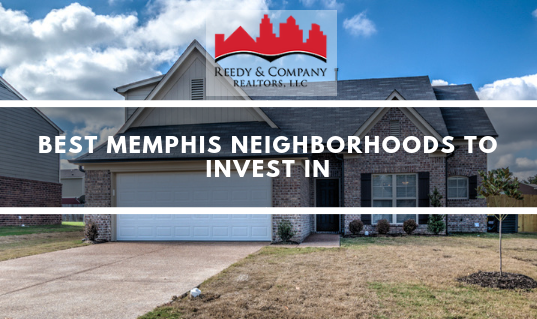 Investing in a city can be tricky. Like all investments, it requires a bit of knowledge, good instincts, and faith. As a property investor, you need to have knowledge about the city that you are looking at; instincts that will predict if the city of choice really is on the rise; and faith that the first two components are true. In 2019, one of the cities that many investors are looking to is Memphis.

Today, investors are shying away from Northern cities and embracing those in the South. Cities like Atlanta and Dallas have already become major areas of commerce, so it’s clear that there is something worth looking at down South. Of course, these cities already have many investors, making it difficult for new groups to make their mark. Investors need to find a city that is starting to experience real growth; that place is Memphis. There are many reasons why Memphis is the perfect city to invest in.

There are plenty of reasons to invest in Memphis – this list clearly showcases some of the many things that make the city so appealing. If this is enough to make you consider Memphis, the question becomes where to invest. Like all cities, certain areas are better to invest in than others. This has to do with different factors like current opportunities and future growth.

This Memphis neighborhood is already home to a thriving medical district and is also the home of the Pink Palace Museum. The neighborhood’s big project is the newly completed Crosstown Concourse which is a mix of dining, residential, and retail spaces. The businesses at Crosstown are all locally owned and provide a nouveau-chic atmosphere that will appeal to younger families and single professionals.

Another draw to Midtown is the Hattiloo Theatre. This theater specializes in producing shows that highlight diversity and utilize actors and directors that have not found fame in mainstream screen and stage productions. Hattiloo Theatre will appeal to many young professionals that are now finding their way to Midtown. If you are looking to market to this demographic, Midtown is the neighborhood to invest in.

The Evergreen district in Memphis is a neighborhood that has seen a lot of ups and downs. Adjacent to Midtown, Evergreen was originally selected to host portions of I-40, and many historic homes were torn down to make way for the new highway. Unfortunately, when the route for the interstate changed the neighborhood was left with a lot of empty lots. Homes were reconstructed to be historically accurate in terms of style.

Evergreen shares many similarities to Midtown in that it has suffered from high crime and unemployment, but it also is experiencing new life thanks to Crosstown Concourse. Plans are already underway to add apartment buildings and complexes that will house multiple businesses near Crosstown. Yes, Evergreen may still be a diamond in the rough, but it has nowhere to go but up.

In between Midtown and the city of Germantown is East Memphis. This neighborhood is one of the city’s oldest, and education levels are a lot lower. So why invest in East Memphis? There are a couple of reasons to consider this neighborhood.

East Memphis has the opportunity to become a prime piece of real estate due to its location. All it takes is an investor with vision to make it happen.

Cordova is a city that was recently annexed by Memphis. This neighborhood contains the city’s largest shopping malls as well as other businesses like retail establishments and restaurants. Cordova also has a higher number of professionals with college degrees and boasts a median household income of $72,000 annually.

This is the neighborhood to invest in if you are looking for a sure thing. The only caveat is that other investors are noticing this too, so if you plan to invest in Cordova, do it now.

Yes, the name does leave something to be desired, but names aren’t as important as what the area has to offer. Mud Island is a neighborhood that is still developing. Presently, it is home to the Mississippi River Museum and the Memphis Yacht Club. There is money on this island. A sharp investor could place a few high rise apartment complexes that would overlook Memphis and the distant plains of the Arkansas Delta, plus a few restaurants and eclectic shops that would transform Mud Island into a posh neighborhood similar to Roosevelt Island in New York City.

Memphis is one of the best kept secrets of the Mid-South. As the state’s largest city, it has several major employers and attractions that everyone can enjoy without the high prices and crowds of larger cities like Atlanta or Houston.

The five neighborhoods listed offer investors with a keen eye for the future the opportunity to build their brand and grow within their selected neighborhood. If you are ready to claim your piece of Memphis, contact Reedy and Company Realtors today and we can help you get started.