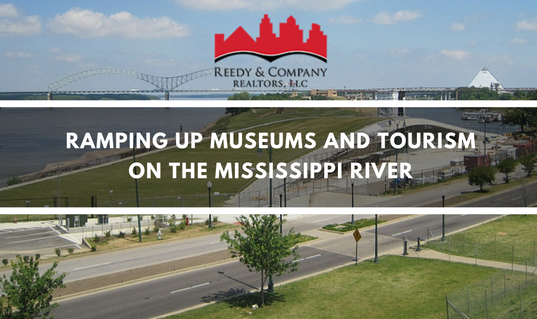 The City of Memphis recently acquired state approval to begin spending on tourism development dollars on an aquarium and riverfront museum on Mud Island.

Bass Pro Shops at the Pyramid, the Pinch District and the Memphis Cook Convention Center are the existing Qualified Public Use Facilities of the Downtown Tourism Development Zone (TDZ), which collects the state portion of sales taxes and refunds them to the city to spend on improvements to approved public facilities within the boundaries.

One concept submitted as part of the TDZ amendment suggests building a 21st-century aquarium museum with exhibits about the Mississippi River, including its history and wildlife spanning from the headwaters in Minnesota down to the Gulf of Mexico.

The city estimates that the aquarium would generate an additional $30 million in sales tax in the 10 years after it opened.

Memphis Brooks Museum of Art has expressed interest in becoming the “Riverfront Cultural Center” that the city is planning to establish in place of the Memphis Fire Department headquarters on Front Street.

Memphis-based Archimania as well as Boston-based Peter Chermayeff — an architect who specializes in aquariums and has developed many around the world, including the Tennessee Aquarium in Chattanooga — have been conducting pre-development work.

In addition to the Museum and Aquarium, the City of Memphis has filed for a $1.4 million building permit for renovations to Mississippi River Park, located near the entrance to Bass Pro Shops at the Pyramid.

Carol Coletta, president and CEO of the River Parks Partnership, said the work should begin the first week of June and is expected to be completed just after Labor Day weekend, so the park can host the 2018 RiverArtsFest.

With the city of Memphis investing more into tourism and development, now is a great time to purchase investment properties in Memphis and surrounding areas. Reedy and Company specializes in helping investors manage their Memphis investment properties. When you choose Reedy and Company to manage your property you have hired an expert team committed to providing excellent communication at all times.